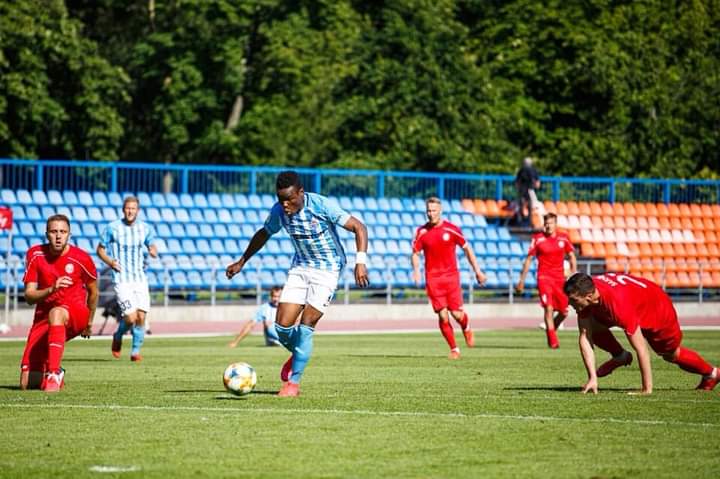 There wasn’t a lot of action over the weekend for the majority of Ugandan players in the diaspora as some leagues climaxed while others are in the preseason.

In the Estonia Meistrilliga, forward Edrisa Lubega continued with his sublime form with another brace as his Paide Linammeskond defeated Legion 3-0.

He netted in the 2nd and 43rd minute to take his season tally to eight goals.

After the match, the Cranes forward was taken for an anti-doping test with the results okay before attributing his performance to hard work.

“Hard Work is the magic behind my good performances and I will keep working hard to ensure I win more games for my team.” He told FUFA Media.

In Czech Republic, left-back Isaac Muleme featured for his Viktoria Zizkov side upon return on loan from Slovakia side FC Nitra as they beat Jablonec 3-0 in a build-up match.

In Zambia, Paul Musamali started as his Buildcon FC side lost 2-0 at Napsa Stars.

Custodian Yasin Mugabi was on the bench as his Red Arrows FC side drew 2-2 against Nkana Red Devils.

Defender Bevis Mugabi will be in action this evening as his Motherwell FC side visits Ross County in matchday one of the Scottish Premier League.

This message is only visible to admins.

Error: An access token is required to request this resource.
Type: OAuthException